When you are considering a venue for your important catering event in and around Perth, Western Australia you may wish to turn your sites towards Fremantle Prison. Not many people would immediately imagine a prison to be the most appropriate venue in which to celebrate happy events such as corporate functions, gala dinners, business socials, jailhouse rock evenings, murder mystery nights, Christmas parties, product launches and weddings. However, this famous building provides excellent hosting activities for a whole range of events and tours. In this article, we look at the history of Fremantly prison and go on to demonstrate why it is an ideal location for an outdoor catering venue for those who live in the locality of Pert, WA.

The Swan River Colony was formed by a number of free settlers in 1829 who established various farms as a means of earning a livelihood. Fremantle Prison was built shortly after the docking of the convict ship Scindian in 1850 following a request from the farmers that the colonial authority ask the British Government to send skilled convicts to the region. The prison was constructed using convict labour from limestone that was quarried on-site. The building work began in 1851 and was completed in 1859, although the original prisoners were moved there in 1855.

Once the prison had been built the convicts that it housed were frequently employed as part of a collection of chain gangs in the construction of local buildings such as Perth Town Hall and and the Fremantle Asylum. In the early days the prison was known as the Convict Establishment, being renamed Fremantle Prison in 1886. This coincided with the end of penal transportation and the prison was then used to house local male and female convicts.

In 1907, after the local gold rush and the consequent population explosion in the area, the a New Division to the prison was built at its Northern edge, which went on to house Death Row. The extension was constructed from stone from Rottnest Island. During the Second World War the Australian Army comandeered a section of the prison as a military prison from September 1939 until June 1946. The final person to be executed at Fremantle Prison, by hanging in 1964, was a serial killer known as Eric Edgar Cooke.

In January 1988, with recorded inside temperatures of 126 °F a prison riot occurred which culminated in a fire causing widespread damage to the prison totaling A$1.8 million. As a result, inmates were transferred to Casuarina Prison, located around 30 km south of Perth, which opened that year and replaced the Fremantle Prison as the state's principal maximum-security jail. After temporarily leasing the building to a conservation group known as the Fremantle Guardians, who successfully ran tours around the buildings, the state government took back control and now runs the site.

One of the most popular uses of the prison, which was the first Western Australian building to be included in the Australian National Heritage list,is for tours, particularly tours of the tunnel system that is build twenty meters beneath it. These tunnels were originally built to draw water from the prison to the colony but were closed in 1910. Visitors can tour the tunnels by boat.There are also tours of the rest of the prison. Various of the buildings have been converted to more contemporary use. For example, the Anglican Chapel is currently visited on tours and used for wedding services, The New Division is now employed as a New Business Enterprise Centre, whilst what was originally the prison hospital is now the base of the Fremantle Children's Literature Centre.

Fremantle Prison has rapidly grown into one of the most popular catering venues in Perth, WA. One of the main reasons for this is the number and variety of different buildings and locations within the prison complex.

The Main Cell Block, divided into four separate sections, is the main venue. The divisions can be opened up to allow a flexibility that makes the Main Cell area ideal for parties ranging from 30 to 400 guests!

The prison's East Workshops are ideally suited for corporate and product presentations, award evenings and more formal dinners and can accommodate in excess of 300 guests. The Commissariat comprises two interconnecting distinctive underground rooms which can house up to 50 guests for cocktails or pre-dining aperitifs.

The Special Handling Unit Meeting Room is a small meeting room ideal for minor corporate occasions, working breakfasts and lunches and can seat around twenty guests.

The Crown Theatre is also perfect for product launches.

The Chapels. As we have already mentioned, Fremantle Prison has developed into an extremely popular venue for wedding ceremonies and parties. A large number of couples are choosing the charming, historical backdrop of this famous heritage site as the perfect place to take their vows and go on to celebrate the event in style. Couples can arrange for their own member of the clergy to conduct the service and their own catering company to provide the food and beverages in one of the prisons's function facilities. 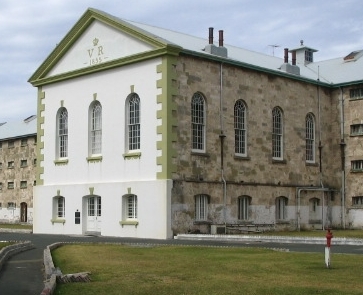