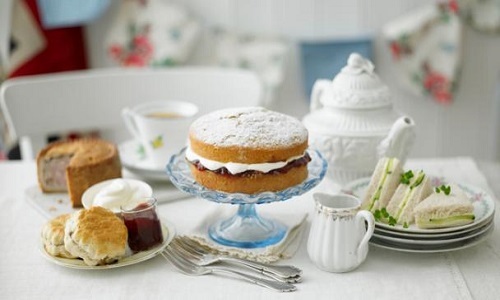 Many countries have their traditional dishes. In Italy, pizza and pasta are popular, in the Far Eastern nations, rice and noodles suit most people’s palate, whilst in Spin, paella is king! In England, there may not be one staple food but there are several signature meals that are popular to the country. Expats here in Perth, who are used to their catering companies offering a wide selection of dishes are likely to remember these meals well. In fact, some of them are regularly served by Perth caterers.

In this article we look at five of the most well known of these traditional English meals and what ingredients are used in them.

Visitors to England may ask themselves, when they look at the breakfast menu of the hotel in which they are staying, “What on earth is a “Full English breakfast?” Guaranteed to kick off the day with a bang, it refers to a typical English morning meal and has one or more (or even all) of the following ingredients:

Once the “Full English” breakfast has worn off, it’s time to sample one of the three typical English lunches on our menu.


This is a cold lunch that is typically served in an English pub, together with a glass of beer. Its core ingredients are:


This meal is generally made up of the leftovers from a previous evening’s dinner! There is no set recipe as it is entirely dependent on what is leftover. However, mashed potato is the core, which holds together a variety of chopped and fried vegetables. The meal is often topped off with a fried egg! A fairly typical Bubble and Squeak recipe would look something like this:


Originating from the north of England, Lancashire Hotpot is another pub favourite. It is typically a recipe of lamb or mutton and vegetables topped off with a layer of sliced potatoes and baked in a dish. Those ingredients are often supplemented with one or two side orders. A typical Lancashire Hotpot would consist of the following:


To round off a day of typical, traditional English food, there really is only one selection to make:


Historically an inexpensive source of protein and carbohydrate, fish and chips remains a popular supper in England, despite the rise of fast food outlets from the USA, the Far East and the Indian sub-continent. The recipe is simple. Fish, coated in batter and chipped potatoes are deep fried and served with a generous helping of salt and vinegar and condiments according to the taste of the diner:


There are many other typically English meals and many people would be more than happy to put forward their own ideas about the best and most popular of these. However, the recipes that we have provided above have stood the test of time and nobody could argue with their status as truly traditional English meals.