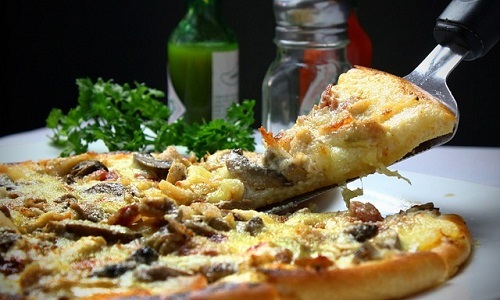 Almost everyone enjoys the taste of a pizza. In terms of speed, convenience, cost, selection and ease of production, it is one of the most popular of food products that your Perth caterers are asked to produce. Especially popular for buffets, parties and finger food events, pizza is also highly versatile, with numerous different toppings having been cultivated over the years. Of course, pizza has developed substantially over the years. Historically, pizza originated in Italy as a simple dish, consisting of a bread base and toppings of tomato sauce or puree and cheese. Thus, pizza served to provide nutrition in the form of carbohydrate and protein together with important vitamins and sugars. The situation is now somewhat different, with pizza being more a meal of choice than one of necessity, with a whole host of additions to the simple, basic composition. In this article, we look at the ten most popular pizza toppings as analyzed from a study involving thousands of restaurants and caterers across the USA and Canada.

As already mentioned, the variety of toppings for pizzas is almost endless. Surprisingly, therefore, before we set out the ten most popular, we should mention the fact that the survey upon which this article is based found that as many as 37% of consumers preferred their pizza with simply the conventional tomato and cheese toppings! Of those who wanted a little more for their pizza, the most popular toppings were found to be as follows:

It is no surprise that, featuring right at the top of the list of popular pizza toppings is the spicy pepperoni. Also a favourite with our Perth pizza consumers!

Mushrooms complement many other toppings and have the added attraction of being suitable for vegetarians. Once again, no surprise that it has such a prominent position on the list.

Somewhat more surprising is the position of the onion topping. Bearing in mind some of the side-effects of onions (not the least of which are the odour, aftertaste and indigestion) we would have expected it to appear far lower, if at all, on this list.

The first of only two meat based ingredients on the list is sausage. In a pizza sense, this is more likely to in the form of sliced salami.

The second meat topping, bacon, follows hot on the heels of sausage and, like sausage, constitutes one of the most popular fast-food ingredients worldwide.


Not really an additional topping but many consumers love the taste of cheese so much they simply cannot resist asking for more!

For the more adventurous, black olives are the topping of choice. For flavour and texture, pizza connoisseurs swear by the black olive.


Another treat for the vegetarian, the green pepper shares the dubious honour, together with pineapple of being the topping that most consumers would rather not mix with their own favourites on the same pizza.

The only fruit topping and, as mentioned above, one that most pizza eaters will not willingly mix with their own preferred topping.

Full of iron and protein, this most healthy of pizza toppings concludes our list of the ingredients that are most likely to be ordered as toppings on the pizzas supplied by your Perth catering companies.

If you would like any further information about All Seasons Catering pizza catering services please do not hesitate to contact our caterers.